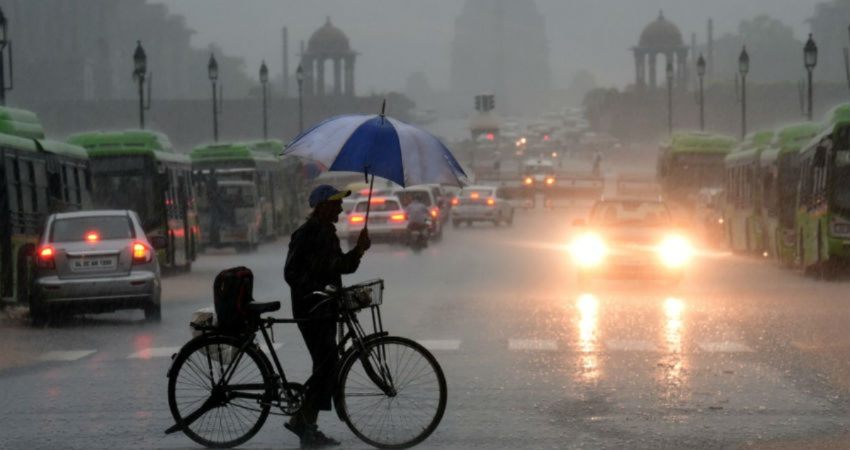 Delhi temperature was on the rise since April 11 and finally on April 15th software version has reached 40.1 degrees mark. Although Palam recorded a much higher temperature at 40.8 degrees. Delhi observatory remained dry in the month of April. But on April 1st, Palam recorded 3 mm of rain. Monthly average rainfall for Delhi in the month of April is 13 mm.

Now we expect on and off rains to commence over Delhi and NCR for next 3 to 4 days, leading to drop in temperatures once again. Reason for these on and off rains will be, a series of Western disturbances that will approach Western Himalayas one after another. A fresh Western disturbance is expected to approach Jammu and Kashmir by tomorrow on April 17, and Delhi may get scattered to patchy rain and thundershower activities with strong winds. Chances of an isolated dust storm cannot be ruled out for Delhi. Fresh spell of rain may commence by the evening of April 17 and make continue until April 18. Weather will not go completely dry over Delhi and NCR including northern plains until April 20 or 21.

Another Western disturbance is expected over Western Himalayas around April 20, therefore we can say the next one week will be comparatively less hot and temperatures may remain below 40 degrees over Delhi and NCR.