Weather Forecast for May 2 Across India 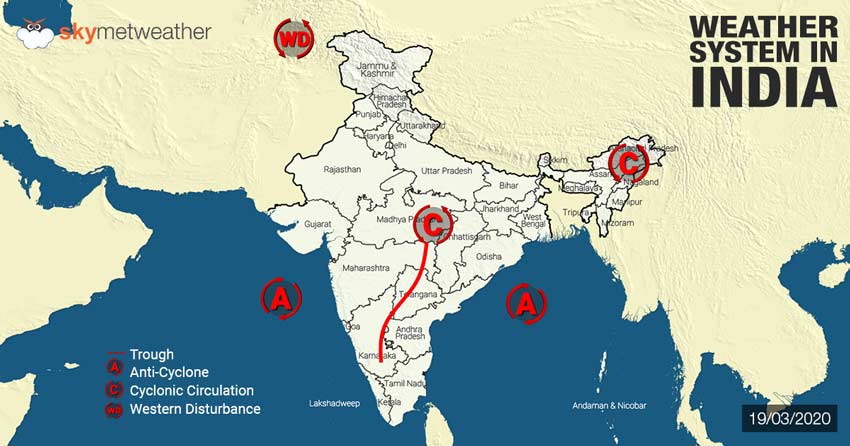 Weather Forecast for May 2 Across India

Low pressure area is expected to form over South Andaman Sea by today afternoon or evening it will intensify into a depression in subsequent 24 to 48 hours.

A western disturbance as a cyclonic circulation is over Jammu & Kashmir and adjoining areas.

A cyclonic circulation is persisting over sub-Himalayan West Bengal.

A cyclonic circulation in lower levels is over South Odisha.

Another cyclonic circulation is persisting over Comorin area.

Weather Activity during the last 24 hours:

During the next 24 hours, scattered light to moderate rain with one or two heavy spell is expected over foothills of Uttar Pradesh, Bihar, Manipur, Mizoram, Tripura, Meghalaya, sub-Himalayan West Bengal and Sikkim.

Moderate to heavy rain is expected over Andaman and Nicobar Islands.