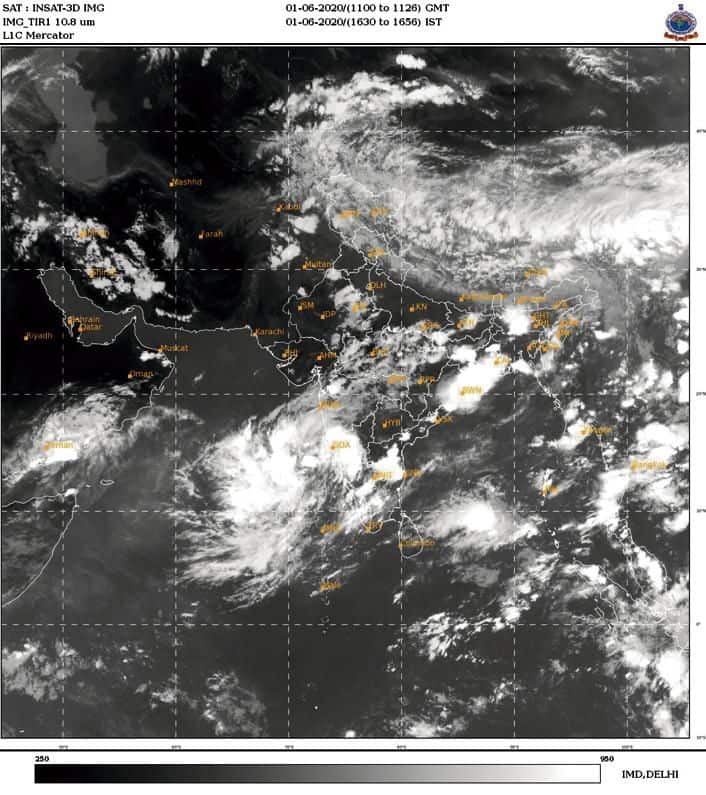 The southwest monsoon arrived as forecast on the Kerala coast on Monday and India’s crucial four-month rainy season is likely to see normal rainfall, the government’s weather office said, raising hopes of a bumper crop this year, a rare bright spot in a virus-ravaged economy.

Rainfall during the June-September rainy season will be 102% of the 50-year average with a model error of plus or minus 4%, the India Meteorological Department (IMD) said on Monday. That is more than its own April forecast of 100% of the 50-year average, indicating that the conditions have turned favourable.

Ample rainfall during the monsoon season is crucial for Indian farmers as it waters more than half of the country’s farmlands that lack assured irrigation. More than 60% of the country’s 1.3 billion people are dependent on agriculture. A good harvest will also help contain rising food prices.

While rains normally bring cheer in rural India, a deluge can wreak havoc and further complicate the containment of the coronavirus pandemic in vulnerable states such as Kerala and Maharashtra.

According to weather scientists, ocean conditions are turning favourable for a good monsoon this year. The sea-surface temperatures, which tend to impact monsoon, are below normal, indicating La Nina—a phenomenon in which waters in the tropical Pacific Ocean are cooler than normal, and favour a good monsoon over India. Another ocean phenomenon called Indian Ocean Dipole is also neutral and likely to remain so.

“We have declared monsoon onset in Kerala based on the favourable conditions today," M. Mohapatra, director general of IMD, told reporters.

“Widespread rainfall is predicted in Kerala in the next three days. More than 80% stations of IMD have recorded more than 2.5mm rainfall," he added.

“Uniformly, we expect a good spatial distribution across the country for this monsoon season. All India, it will be 102%; 107% over north-west India; 103% for central India; 102% for southern peninsula; 96% in the North-East," said Madhavan Nair Rajeevan, secretary, ministry of earth sciences. July rainfall, crucial for summer crops, is expected to be 103% of the 50-year average across the country, he added.

A peak La Nina condition is also predicted, especially in the second part of the monsoon season, he said. “There is a 41% probability that it (the monsoon) will be normal and 14% that it could be excess. There is a very low chance (5%) of it being deficient," said Rajeevan.

The developments emerge as a silver lining amid a growth slump in India, which is tiptoeing back to some sort of normalcy after a lockdown since 25 March.

India grew at 3.1%, the slowest in 11 years, in the March quarter, the latest when the data is available, Mint reported on 30 May. Economists have veered towards a consensus that India’s economy will face its worst recession in at least 40 years, contracting by at least 5% this fiscal, the report said.