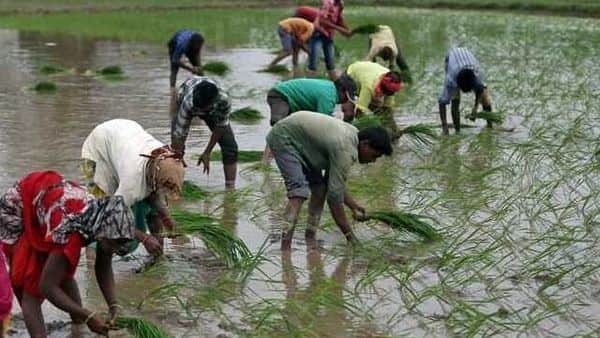 India's rice production is likely to surge to a record high as farmers are expanding the area under paddy because of good monsoon rains and after the government raised the price at which it will buy the new-season crop.

It could also force India's state-run agencies to ramp up purchases from farmers even as inventories are bulging.

"Farmers are interested in rice. They are likely to expand area due to government support. In the new marketing year, we could produce as much as 120 million tonnes," said B.V. Krishna Rao, president of India's Rice Exporters Association.

The government raised the price at which it will buy new-season rice from farmers by 2.9%.

India, which produced a record 117.94 million tonnes of rice in 2019/20, has started planting the summer-sown crop as the monsoon has spread to main rice-growing areas in the south and east.

The good monsoon rain and rising exports due to a rally in global prices have been encouraging Indian farmers to plant more rice, said Nitin Gupta, vice president for Olam India's rice business.

Rice prices in Thailand and Vietnam, the second and third biggest exporter of the grain respectively, hit multi-year highs this year due to limited supplies.

Unlike its competitors, India has a massive surplus for export and it will get bigger in the new season, Gupta said.

But another record harvest could dampen domestic prices and force the FCI to buy nearly half of the output from farmers, said Rao.