Govt on track to doubling farmers' income by 2024: Agriculture ministry 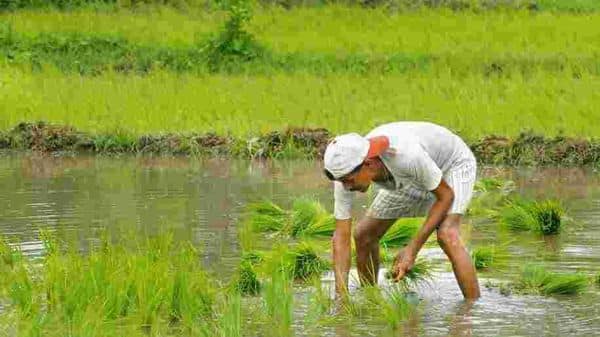 Govt on track to doubling farmers' income by 2024: Agriculture ministry

NEW DELHI : The government is on track to achieving the target of doubling farmers' income by 2024 and recent farm reforms, including setting up of a ₹1 lakh crore agri-infra fund, are steps in that direction, a senior agriculture ministry official said on Friday.

The recent reforms, including three ordinances to provide barrier-free trading platforms to farmers, are aimed at addressing the post-production challenges and ensuring better returns to farmers, said Ashok Dalwai, CEO of the National Rainfed Area Authority under the agriculture ministry.

Dalwai, also the chairman of the Committee on Doubling Farmers' Income (DFI), was speaking at a webinar organised by the India Pulses And Grains Association (IPGA).

To a query on whether the government will achieve the target of doubling farmers' income by 2024, Dalwai said, "We are 100 per cent sure that we are in the right direction and on the right track. Certainly, you will see an increase in the farmers' income along with more robust agricultural growth."

The post-production reforms intend to give incentives to producers so that they are able to generate higher incomes by getting better remunerative prices, and simultaneously adopt new technology and management practices for higher productivity, he said.

He also said the rate of gross capital formation is directly related to the income growth. "Looking at the way the government has positively responded and made a huge investment promise now, we are on track," he added.

On agri-reforms announced amid the COVID-19 crisis, Dalwai said the three ordinances constitute the continuous effort of the government towards liberalisation of the agriculture sector.

"The first seed of farm sector liberation was sown in 2003. Unfortunately, notwithstanding 17 years, the journey of reforms has not been steady. In the last four years, what the government has tried to do is to put reforms on a more robust track," he said.

Post-production has been a major challenge in this country. In 1965, the government had initiated the Green Revolution for achieving higher farm productivity and meeting food security. Now, the country is in surplus, he said.

To effect necessary changes in the post-production segment, the reforms being undertaken now are similar to those in 1965, he emphasised.

"Many compare with 1991 momentum, but I would like to say this is more 1965 momentum. The 1965 reform was related to production, this is related to post-production," he noted.

Stressing on the importance of the farm sector, he said in the 21st century it can can be the basis of a "circular economy", where agri produce can feed not just humans and animals, but also provide raw material to industries.

The Dalwai committee, constituted in April 2016, has recommended several measures to achieve the target to double farmers' income by 2022. The government, however, shifted the deadline to 2024 earlier this year in a booklet titled 'Transforming India'.

On the recent amendment to the Essential Commodities Act, Additional Secretary in the Consumer Affairs Ministry Nidhi Khare said the country has lived with this act and regulations for 65 years. The ordinance has been published and very soon the bill will also come, she said.

"It is going to be our first season to basically see how markets behave and whether we are able to bring positivity into the investors, bring permanent institutions which are required for food processing and ensure farmers actually derive their fair price," she added.