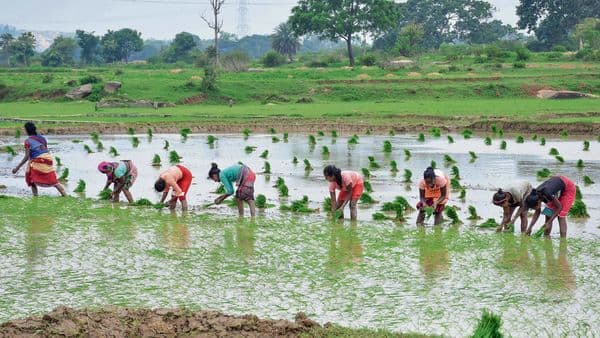 To promote farm exports, a "comprehensive action plan" has been prepared under which 'Export Promotion Forums' are being created and existing agri-clusters are being strengthened besides identifying certain destinations for promotion of agricultural exports, the ministry said in a statement.

Promotion of farm exports is extremely important not only for earning precious foreign exchange for the country but also for achieving the goal of an 'Aatmanirbhar Bharat', for which self-reliant agriculture is critical, it added.

"Even during the difficult time of pandemic lockdown, India took care not to disturb the world food supply chain and continued to export," it said.

According to the ministry, "clear and proactive interventions" are required to be taken to ensure India becomes a top exporting nation in agriculture commensurate with the production.

India holds second rank in world's wheat production, but ranks 34th in exports. Similarly, despite being ranked third in vegetable production in the world, India's export ranking is 14th.

Same is the case for fruits, where India is the second largest producer in the world, but export rank is 23rd, the statement said.

Each EPF will have exporters of the related commodity as its members along with official members representing concerned ministries of the Central and state governments.

APEDA chief will be the chairman of each of these forums, which will meet at least once in every two months.

The forum's recommendations will be placed before product committee of APEDA and the forum will be in close contact with the concerned organisation of Ministry of Agriculture.

The ministry has also emphasised on strengthening the existing 'agri-clusters' and creating more product-specific clusters to fulfil the gap of bulk quantity and quality of supplies, it said.

A specific strategy for export promotion has also been evolved for fresh fruits and vegetables with specific emphasis on grapes, mango, pomegranate, onion, potato and cucumber-gherkin.

The export strategy focuses on export promotion of fast-evolving niche markets of wellness food, health conscious food and nutraceuticals as well as development of 'Brand India' to help penetration into new foreign markets, and on new products which automatically translates into higher value realisation.

"Gulf countries have been identified as focus destinations to increase the market share which is a strong market for India, though presently India caters to only 10-12% share of their total imports," it said.

A product market matrix has been made containing a list of 'products of strength' which could be expanded in new geographies and a list of known markets which can be introduced with newer products, it added.

Before chalking out a strategy, the ministry has explored the data and issues of pre-production, production, and post-harvest to evolve an end-to-end approach for developing a holistic strategy.

An analysis of product groups and specific commodities has been done with regard to present status of production and exports, strengths, challenges and thereafter interventions have been identified after consultations with stakeholders.

"The two-fold approach addresses boosting agri export with emphasis on value-addition and focussed action plan for import substitution. The interventions so identified have been converted into a timed action plan," it added.

Exports help farmers/producers/exporters to take advantage of a wider international market and increase their income.

Exports have also resulted in increased production in the agri-sector by increasing area coverage and productivity, the statement said.