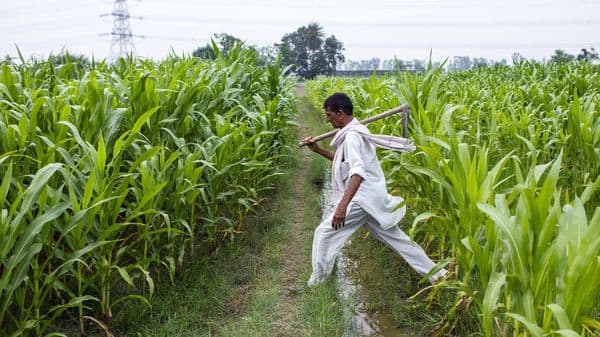 The Reserve Bank of India (RBI) on Tuesday flagged concerns about impact of climate change, in terms of volatile rainfall intensity, increase in extreme events and rising temperature, having implications for India's agriculture outlook.

As in many parts of the world, drastic changes in climatic conditions have also been observed in India and these include impact on onset and withdrawal dates of monsoon and the incidence of extreme events, the central bank said in its annual report.

Amid these challenges, it said, agri and allied sector provided a "silver lining" in 2019-20 fiscal on the back of record foodgrains and horticulture production, coupled with resilient allied activities and an outlook brightened by expectations of a normal south-west monsoon in 2020

"In recent years, the impact of climate change in terms of volatile rainfall intensity, increase in extreme events and rising temperature has implications for the outlook of agriculture," it said.

Consistent with models of climate change, the number of dry days as well as days with extremely high levels of rainfall have increased in India. There has been downward shifts in average rainfall by 59 mm since 2000, it said.

There are higher frequency of cyclones and India was hit by 8 cyclones in 2019 which is the highest since 1976.

Besides, there has also been high variation in the number of subdivisions receiving excess/normal and deficient/scanty monsoon rains, and an increase in the extent of crop area damaged due to unseasonal rains and heavy floods, it added.

The report mentioned that "global warming has also led to a sharp rise in the annual average temperature in India by 1.8° Celsius between 1997 and 2019 as compared to a 0.5° Celsius increase between 1901 and 2000.

"This has likely caused a decline in crop yields, undermining farm income," it noted.

Observing that water tables have depleted at an alarming rate, the RBI said, around 52% of the wells in India recorded decline in water levels between the years 2008 and 2018.

"This imparts urgency to move from flood irrigation to micro irrigation methods like drip or hose reel, which can save up to 60% of the water used and also help in preventing pest incidence," it said.

At present, the coverage of micro irrigation is much lower in states which have recorded higher declines in water tables.

Alongside, there is a need to adopt crop cycles, credit cycles and procurement patterns to monsoonal shifts, it added.