Top 10 coldest places in the plains of India on Monday 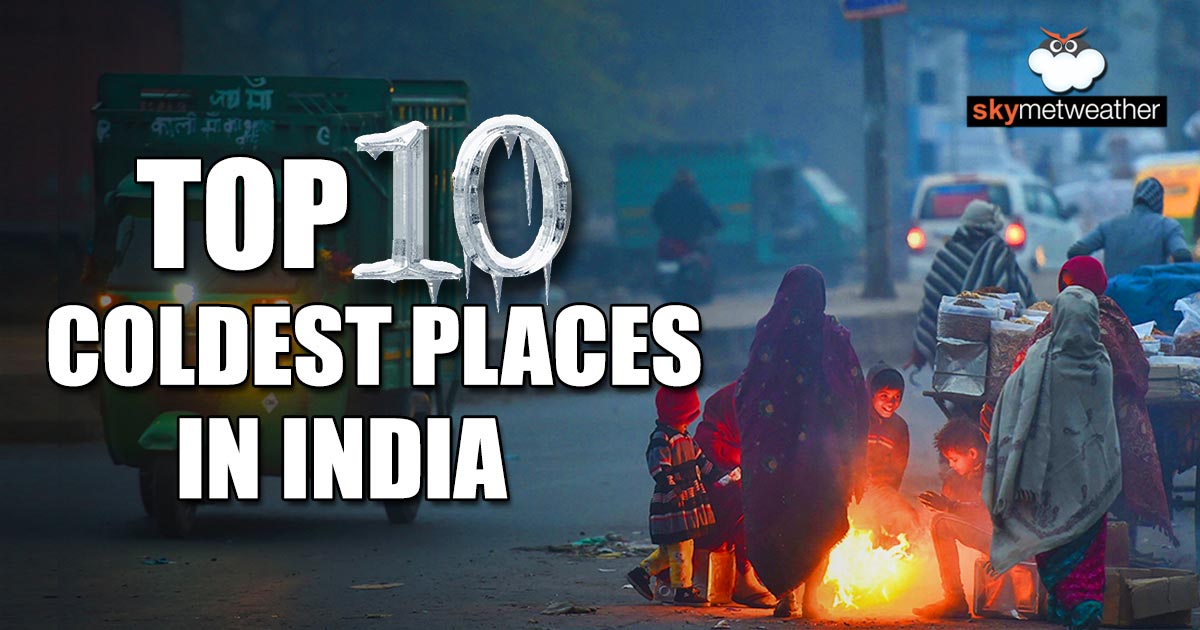 Top 10 coldest places in the plains of India on Monday

Northwesterly cold and dry winds has weekend slightly over northwest India, due to which entire northwest India and Indo-Gangetic plains experience some relief from shivering cold.

Cold and dry winds from northwest direction is likely to gain momentum from today onward, causing drop in minimums once again over most of the cities including Indo-Gangetic plains, parts of central India and east India and northwest India.

Minimum temperature have increased over northwest plains, but many part in the plains of the country are under the ambit of cold wave conditions. As of today, Churu in Rajasthan is the coldest city in the plains of India, with its morning temperature settling at 3.0˚C.

Let us have a look at the top 10 coldest cities in the plains of India: 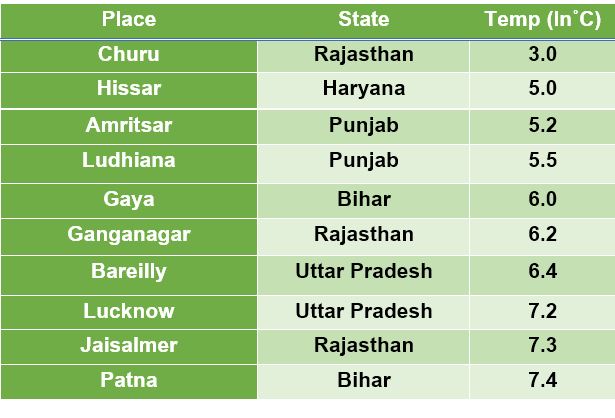