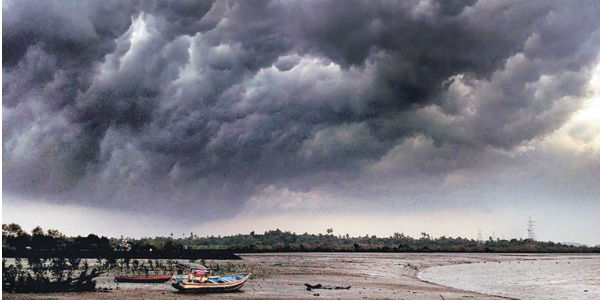 Northeast Monsoon has officially come to an end on December 31, with the country recording normal rainfall in the span of three months from October to December.

This season mainly gives rainfall over five sub-divisions of country that include Tamil Nadu & Puducherry, Kerala, South Interior Karnataka, Rayalaseema and Coastal Andhra Pradesh. Out of all these areas, this season matters most for Tamil Nadu. The state records majority of its annual rainfall during this season, while its capital Chennai witnesses more than 60% of its rainfall in these three months.

Although country managed to record normal rains, but it was not without hiccups. There were days when the above mentioned regions recorded moderate to heavy rains, while there were weeks of prolonged dry spell.

This year, Northeast Monsoon had made onset on October 28, which was delayed by one week. There is no specific date for the arrival of the Monsoon season, but it usually makes an onset around October 20.

The Monsoon remained active during the initial days, with Coastal Tamil Nadu recording some heavy to very heavy rains, particularly over Chennai during the last few days of October and some initial days of November.

Thereafter, there was a break for good two weeks, but Monsoon revived once again revived on account of Cyclone Ockhi by the fag end of November. This time, rains were more focused over southern parts of Tamil Nadu and Kerala, which had received torrential rains.

Many parts of Coastal and South Interior Karnataka also saw some good rains. Not only this, Ockhi had also given rains till Goa, Coastal Maharashtra and even Gujarat.

This spell was followed by a dry spell that almost lasted for good three weeks and thus, the Northeast Monsoon ended on the dry note.

According to weathermen, Northeast Monsoon 2017 was the mixture of what we saw in last two Monsoons seasons.
Northeast Monsoon 2015 saw exceptionally good rainfall during the season, that ended with 52% of surplus rains. Chennai had also seen massive flooding during December, which led to great damage and loss of lives and property.

2015 was an El Niño year, which is invariably linked with good rains during the Northeast Monsoon, while it is associated with below normal rains during Southwest Monsoon. In fact, 2015 saw severe drought conditions during the main rainy season. In fact, there was also the presence of positive IOD (Indian Ocean Dipole) which aids the rains further.

Meanwhile, pattern reversed in 2016, wherein the Northeast Monsoon ended on disappointing note with a deficiency of over 60%. This was by the virtue of La Niña conditions, which does not have any positive impact over the rains during Northeast Monsoon. Moreover, IOD conditions were also negative.

This year, dry days were more as compared to rainy days. However, whenever there were rainy, the intensity of activity was quite intense.