Fresh snowfall in Kashmir, Himachal, Uttarakhand and Ladakh from January 22, light rain in Punjab and Haryana 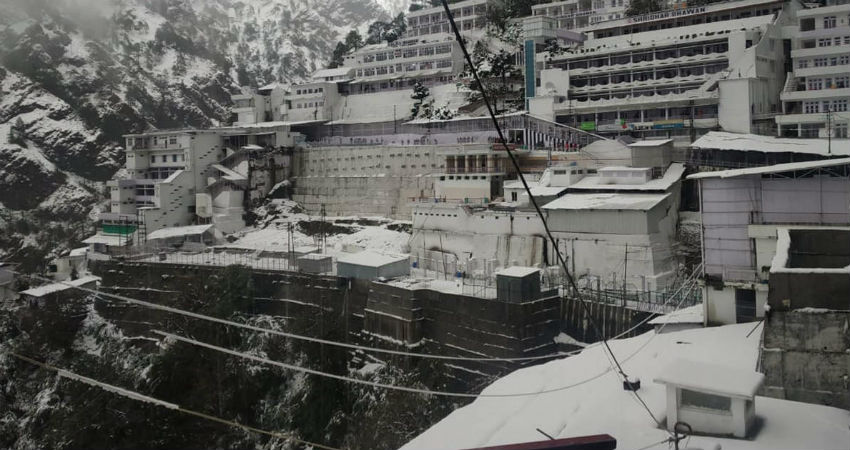 Fresh snowfall in Kashmir, Himachal, Uttarakhand and Ladakh from January 22, light rain in Punjab and Haryana

In the winter season, intermittent rain and snowfall activities are usually seen in the hills and plains of North India. During the 2 months of winter, January and February, more rainfall usually occurs in January. The year 2021 has been very active in this regard. In the month of January, widespread snowfall was recorded in the mountains of North India, the activities of rain in the plains changed the weather patterns. However, the weather has remained mainly clear and dry throughout North India since January 7-8. Due to the dry weather, the northwest icy winds are continuously running, due to which people are facing the cold wave conditions.

States of North India will have similar weather for at least till January 21. In many parts of Punjab, Haryana, Delhi, Uttar Pradesh and Rajasthan, there will be no relief from severe winter due to the consistent below normal temperature. During this period, there will be extremely dense fog shadow over the plains of Northwest India as well as the entire Gangetic plains and the states of Northeast India, interrupting rail, road and air traffic. Areas of Uttar Pradesh and Bihar will be most affected.

There will be a change of weather over the states of North India from January 22, as an active Western Disturbance will move closer to Jammu and Kashmir around January 21. A cyclonic circulation will also develop over central parts of Pakistan due to the effect of western disturbance. Both these seasonal systems will bring extensive changes in the weather over the mountains of North India.

Based on the current weather conditions, it is expected that light rain will start at some places in Jammu and Kashmir and Ladakh from January 21. After that, weather activities will increase between January 22 to 24, as light to moderate rain and snowfall is expected at many places in Jammu and Kashmir, Ladakh, Himachal Pradesh, and Uttarakhand with heavy snowfall at some places.

Winds will change from January 22 in the plains of North India over Punjab, Haryana, North Rajasthan, parts of Delhi NCR and western Uttar Pradesh. During this time, people will get some relief from severe cold. Partly cloudy areas will occur at some places in the Terai regions of Punjab, Haryana and Western Uttar Pradesh and light thunderstorms can be seen at some places from 22 to 25 January.