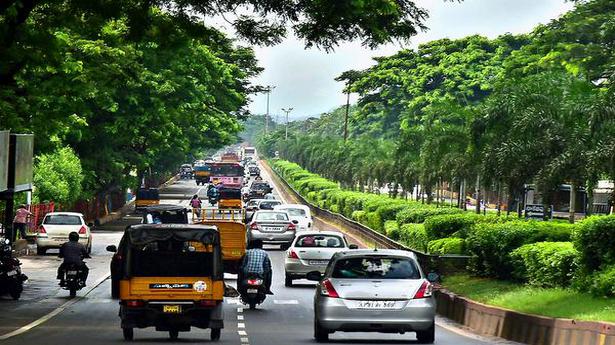 22 km stretch of green cover available in city to take up the activity, says official

Officials from the Greater Visakhapatnam Municipal Corporation (GVMC) are mulling to transform vacant lands into attractive theme parks in the city. As part of it, the corporation has proposed to grow vegetables and other organic crops in the green covers/belts, local parks and open spaces in the GVMC limits.

Recently, a team of the GVMC officials have visited smart cities in Gujarat and Madhya Pradesh, where they observed how vacant lands or the green belts were developed into various attractive theme parks. They were impressed about the cultivation of organic crops.

GVMC Commissioner G. Srijana said she had directed the Horticulture Department to work on it.

Additional Director (Horticulture Department) M. Damodar said that it is too early to say, but the main idea behind the concept is to create a healthy atmosphere and produce organically grown vegetables and also to provide livelihood to the needy.

According to him, about 22 km stretch of green cover is available in the city from Hanumanthawaka Junction to Mudasarlova Junction and from Adarsh Nagar Junction to Airport Junction. The plan is to provide an opportunity to the interested to grow vegetables. “We will guide the interested and also help them by providing fertilizers and seeds,” Mr. Damodar said. “In Visakhapatnam, several citizens have been involved in terrace farming or rooftop gardening and growing vegetables and flowers. This is also similar to that. Any Self-Help Groups (SHGs), women groups, and unemployed can be provided an opportunity to grow vegetables. All leafy vegetables can be grown in this green belt,” Mr. Damodar said.

According to the officials, many farmers from interior villages in the district grow crops in their locality and bring here to sell. If this plan works out, they can produce and sell their vegetables here.

Though the project does not cost much, the GVMC will be taking a call on it after discussing with the Agriculture Department officials. Based on their response and guidance, the proposal is expected to be taken forward.